The menopause is a natural process for every woman that occurs in their 40s and 50s. According to the National Institute on Aging, the average age for menopause onset in the U.S is around fifty-years-old. However, this process can occur much earlier and it might cause some issues. Menopause before the age of 40 is considered as “premature”. So, what are the signs of early menopause and are there any treatment options available?

Women with this condition have to deal with a variety of issues such as hot flashes, physical and emotional concerns. The symptoms are similar to the ones experienced by women undergoing the natural menopause period. 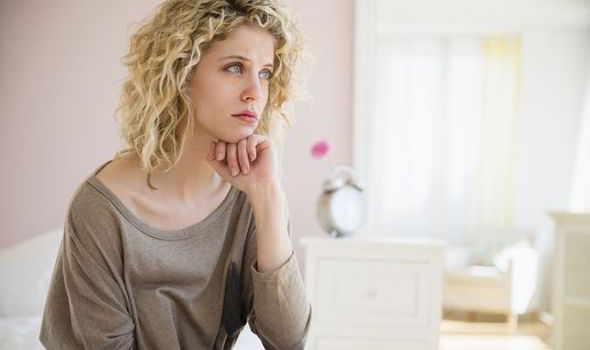 What is early menopause?

We’re going to list the most common causes of the early menopause, but in certain cases, doctors find it difficult to determine the exact reason.

As you might already know, the genetics of the human body determine its functions. If there aren’t any medical reasons for early menopause, then the issue is most likely genetic.

The genes are often passed down to the next generation, so knowing when your mother started menopause can reveal details about your own.

Your daily activities can have a huge impact on your health. Smoking, for example, is also a contributor to the early menopause due to its antiestrogen effects.

According to recent studies, women who smoke on a regular basis might experience menopause a few years earlier than those who don’t.

Other factors are the lack of exercise, sun exposure and even a vegetarian diet without any additional supplements.

Women, born with incomplete chromosome, have ovaries that don’t function properly and often enter menopause at an early stage. The Turner Syndrome, as doctors refer to it, is a chromosome defect that affects the reproductive system of women.

The Trisomy 13 & 18 disease is a form of the Turner’s Syndrome, in which an additional chromosome is produced.

When an autoimmune disease occurs, our system mistakes a part of the body as a disease and attacks it to protect itself. Common autoimmune diseases that can affect the ovaries and cause early menopause include rheumatoid arthritis and thyroid disease.

Recent studies have found evidence that menopause might happen earlier in women with epilepsy, especially those with high seizure rates. Even though that the studies are inconclusive, doctors have found a link between the seizures, hypothalamus and pituitary gland.

The hormone estrogen increases seizure activity, but progesterone reduces it. During menopause, the levels of both hormones decrease and the results are unpredictable. In case you suffer from epilepsy, there’s a higher chance that your ovaries might stop working at an earlier stage of your life.

Infections: Some diseases can cause an infection an affect the function of the ovaries, which would lead to a premature menopause.

Hysterectomy: Hormone production can be prevented by the removal of ovaries, Fallopian tubes or the uterus.

Women younger than 40 have a hard time identifying the symptoms due to the fact that it’s uncommon. The early symptoms are largely due to the hormone fluctuations in the body. The menopause begins when you have irregular periods, whether short, long or none at all. Symptoms that require medical attention include:

Contact an experienced medical individual for examinations. These symptoms can be indicative of serious diseases and health issues. Other signs that point to early menopause are:

How is premature menopause diagnosed?

First and foremost, the body must enter the beginning stage known as perimenopause. During that process, the woman will experience irregular periods and some of the symptoms mentioned above. Doctors refer to women with menopause if they don’t have a menstrual bleeding for twelve months and there is no medical explanation for the common indications.

The main method for diagnosis are hormone tests that determine whether the symptoms are caused by perimenopause or not.

Note that the hormone results can’t be conclusive as they often fluctuate due to other conditions.

How is early menopause treated?

The menopause is a condition that doesn’t require any special treatment. However, there are certain options available to manage the early signs of menopause so that you can continue with your normal lifestyle.

Always consult with a professional before undergoing any of these therapies. Early menopause can’t be reversed, but treatments can delay and reduce the symptoms. 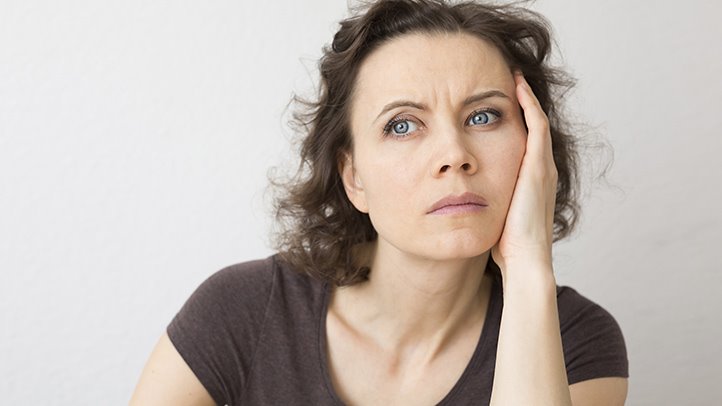 In the end, only time can tell the exact time of your transition. Visit your doctor for frequent examinations to decrease the chances of early menopause.

For women who are interested in having children, the following options are available:

Consult a fertility specialist to suggest the best possible procedures for having a family. The in vitro fertilisation is the most common method, that’s suitable even for women in early menopause. However, talk with your doctor before attempting the procedure as the success rates are affected by a variety of factors.